The Buddha before Buddhism 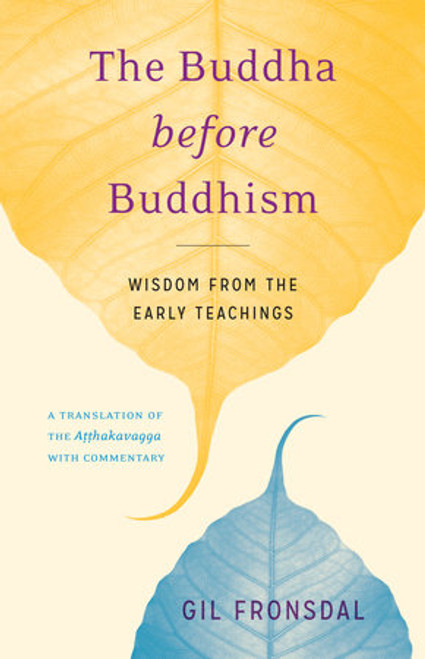 The Buddha before Buddhism

Wisdom from the Early Teachings - A Translation of the Atthakavagga with commentary. By Gil Fronsdal.

A translation with commentary of one of the earliest of the surviving Buddhist texts, which reveals the teachings to be remarkably simple and free of religious trappings.

The Aṭṭhakavagga, or “Book of Eights,” is believed by scholars to be among the earliest of written Buddhist texts, and in it we find the Buddha’s teaching pared down to its most uncomplicated essence. Gil Fronsdal’s translation and commentary reveals the text’s central concern to be the joy that comes from recognizing and letting go of attachment to the illusory views that create suffering. It’s simple medicine that works for us today as well as it did for the Buddha’s first listeners.

Buddha in your Backpack - Everyday Buddhism for Teens