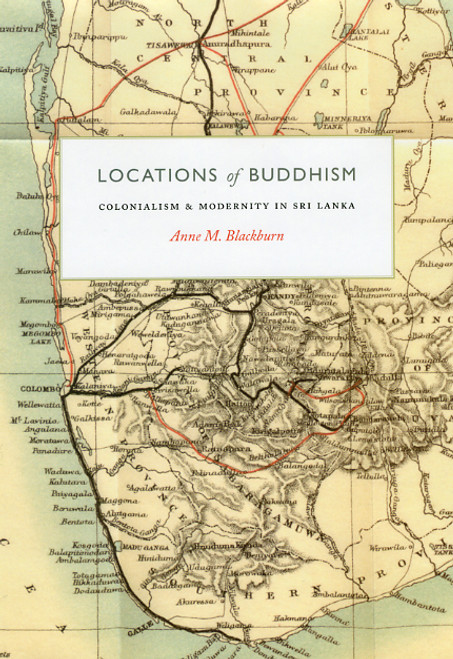 Modernizing and colonizing forces brought nineteenth-century Sri Lankan Buddhists both challenges and opportunities. How did Buddhists deal with social and economic change; new forms of political, religious, and educational discourse; and Christianity?  And how did Sri Lankan Buddhists, collaborating with other Asian Buddhists, respond to colonial rule? To answer these questions, Anne M. Blackburn focuses on the life of leading monk and educator Hikkaduve Sumangala (1827–1911) to examine more broadly Buddhist life under foreign rule.

In Locations of Buddhism, Blackburn reveals that during Sri Lanka’s crucial decades of deepening colonial control and modernization, there was a surprising stability in the central religious activities of Hikkaduve and the Buddhists among whom he worked. At the same time, they developed new institutions and forms of association, drawing on pre-colonial intellectual heritage as well as colonial-period technologies and discourse. Advocating a new way of studying the impact of colonialism on colonized societies, Blackburn is particularly attuned here to human experience, paying attention to the habits of thought and modes of affiliation that characterized individuals and smaller scale groups. Locations of Buddhism is a wholly original contribution to the study of Sri Lanka and the history of Buddhism more generally.