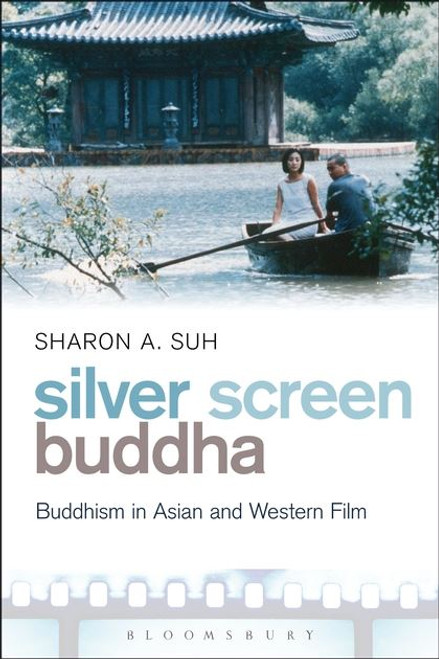 Buddhism in Asian and Western Film by Sharon A. Suh.

How do contemporary films depict Buddhists and Buddhism? What aspects of the Buddhist tradition are these films keeping from our view? By repeatedly romanticizing the meditating monk, what kinds of Buddhisms and Buddhists are missing in these films and why?

Silver Screen Buddha is the first book to explore the intersecting representations of Buddhism, race, and gender in contemporary films. Sharon A. Suh examines the cinematic encounter with Buddhism that has flourished in Asia and in the West in the past century - from images of Shangri-La in Frank Capra's 1937 Lost Horizon to Kim Ki-Duk's 2003 international box office success Spring, Summer, Fall, Winter...and Spring.

The book helps readers see that representations of Buddhism in Asia and in the West are fraught with political, gendered, and racist undertones.Silver Screen Buddha draws significant attention to ordinary lay Buddhism, a form of the tradition given little play in popular film. By uncovering the differences between a fictionalized, commodified, and exoticized Buddhism, Silver Screen Buddha brings to light expressions of the tradition that highlight laity and women, on the one hand, and Asian and Asian Americans, on the other. Suh engages in a re-visioning of Buddhism that expands the popular understanding of the tradition, moving from the dominance of meditating monks to the everyday world of raced, gendered, and embodied lay Buddhists.

Sharon A. Suh is Associate Professor and Chair of the Department of Theology and Religious Studies at Seattle University, USA.

1. Introduction: Buddhism and Film
2. Longing for Otherness through Buddhism
3. Zen Appetites: Consuming Religion and Otherness through Film
4. Plus ça change, plus c'est la même chose: Women as Snares of Samsara
5. Coming Down from the Mountaintop: Engaged Buddhism in the World
6. The Ordinary as Extraordinary
7. Film as Sutra
8. Toward a Re-Visioning of the Role of Lay Women in Buddhism
9. Conclusion: Re-creating the Buddhist World Anew-But in Whose Image?
Bibliography
Index

Stepping Out of Self-Deception