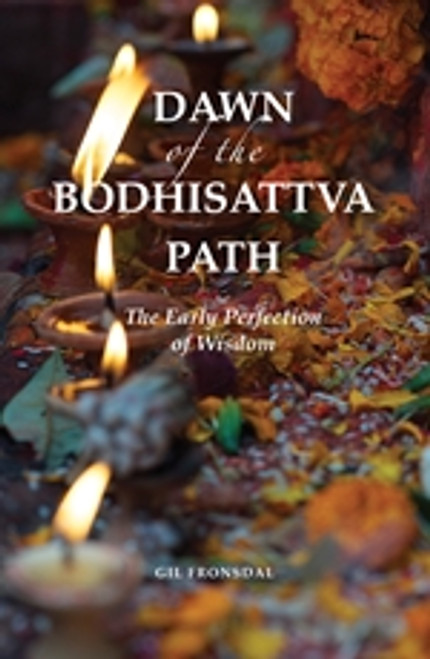 The Early Perfection of Wisdom by Gil Fronsdal.

The early history of the Mahāyāna movement has drawn a great deal of attention from scholars over the last half century. Among the various suggestions made about its origins are that it was initially a lay movement, a path of greater stringency for monastics, a stūpa cult, a practice of forest recluses, or even the result of influences from outside the Buddhist tradition. In this study Gil Fronsdal examines the Daoxing jing, a second-century Chinese translation of the Perfection of Wisdom in Eight Thousand Lines. The Daoxing jing is the earliest version of the Perfection of Wisdom scripture, one of the most important foundational texts of the Mahāyāna movement. In this study Fronsdal challenges many contemporary presumptions, including those about the characteristics of the aspiration for buddhahood and what it means to be a bodhisattva, and offers insight into the early formation of a strain of thought and practice that contributed to what eventually became the Mahāyāna as we know it today.

The Path of Purification (Visuddhaimagga)

A Collection of Important Odes of the Law

Dialogues in a Dream