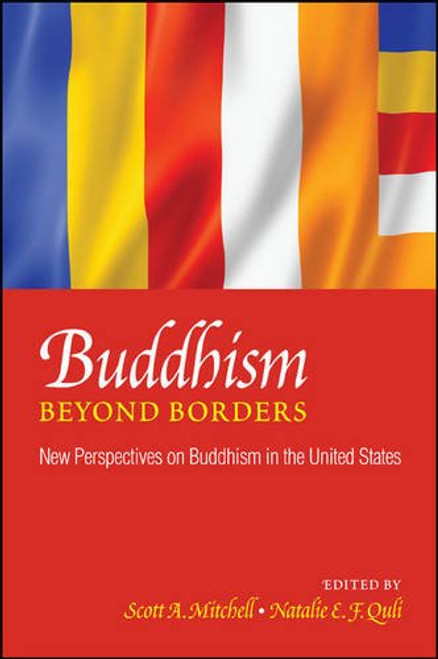 New Perspectives on Buddhism in the United States edited by Scott A. Mitchell and Natalie E. F. Quli.

Buddhism Beyond Borders continues the exploration of the exciting, emerging, and evolving subfield of Buddhist studies focused on Buddhism in the American context.  This volume consists of a collection of essays by leading scholars based on a wide range of lectures given at Buddhism Without Borders, a four-day conference held at the Institute of Buddhist Studies in March 2010.  The essays presented in Buddhism Beyond Borders provide critical consideration of not only seminal questions such as "What roles do ethnicity and race play in the adaptation of Buddhism to US culture?," but they also expand the conversation by posing new areas to consider such as the impact of our globally interconnected world on the development and practice of US Buddhism.  Anyone fascinated with the establishment, adaptations, and impact of Buddhism in America will appreciate the complexities of the issues that the contributors address.  Buddhism Beyond Borders concludes with an Afterword "Buddhism Beyond Borders: Beyond the Rhetorics of Rupture" by Dr. Richard K. Payne, Dean of the Institute of Buddhist Studies.