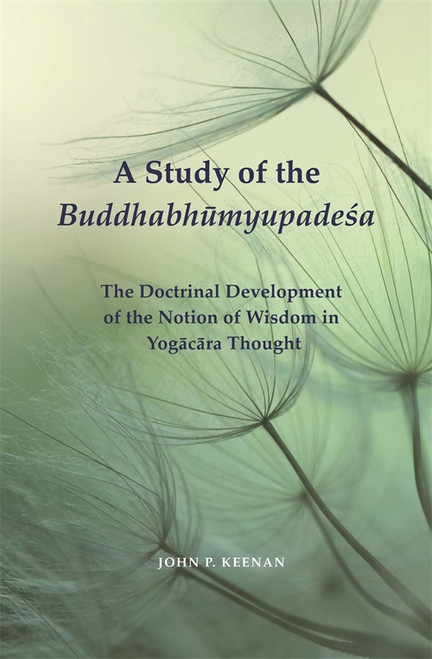 A Study of the Buddhabhumyupadesa: The Doctrinal Development of the Notion of Wisdom in Yogacara Thought

In this volume John Keenan provides access to an otherwise largely unstudied Mahayana text, the Buddhabhumi-sutra, along with two commentaries that interpret the sutra in terms of Yogacara thought: the Buddhabhumivyakhyana by Silabhadra, extant in Tibetan, and Bandhuprabha's Buddhabhumyupadesa from the Chinese, which expands on Silabhadra's text with additional explanation. Due to the influence of these two commentaries, the Buddhabhumisutra has traditionally been considered a Yogacara text. In the course of his studies Keenan has come to understand this sutra as an important part of the Indic literature of Pure Land Buddhism. His approach to the text thus provides a more expansive understanding of the historical origins of Pure Land thought and practice, as well as highlighting the interpretive processes through which sutra texts can be mined for a variety of different meanings. This important study offers a resource for developing contemporary interpretations of Pure Land teachings.