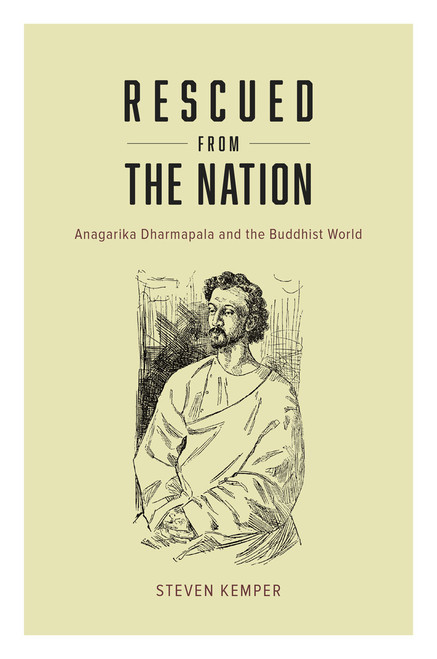 Anagarika Dharmapala is one of the most galvanizing figures in Sri Lanka’s recent turbulent history. He is widely regarded as the nationalist hero who saved the Sinhala people from cultural collapse and whose “protestant” reformation of Buddhism drove monks toward increased political involvement and ethnic confrontation. Yet as tied to Sri Lankan nationalism as Dharmapala is in popular memory, he spent the vast majority of his life abroad, engaging other concerns. In Rescued from the Nation, Steven Kemper reevaluates this important figure in the light of an unprecedented number of his writings, ones that paint a picture not of a nationalist zealot but of a spiritual seeker earnest in his pursuit of salvation.

Drawing on huge stores of source materials—nearly one hundred diaries and notebooks—Kemper reconfigures Dharmapala as a world-renouncer first and a political activist second. Following Dharmapala on his travels between East Asia, South Asia, Europe, and the United States, he traces his lifelong project of creating a unified Buddhist world, recovering the place of the Buddha’s Enlightenment, and imitating the Buddha’s life course. The result is a needed corrective to Dharmapala’s embattled legacy, one that resituates Sri Lanka’s political awakening within the religious one that was Dharmapala’s life project.

Kaimokusho or Liberation from Blindness