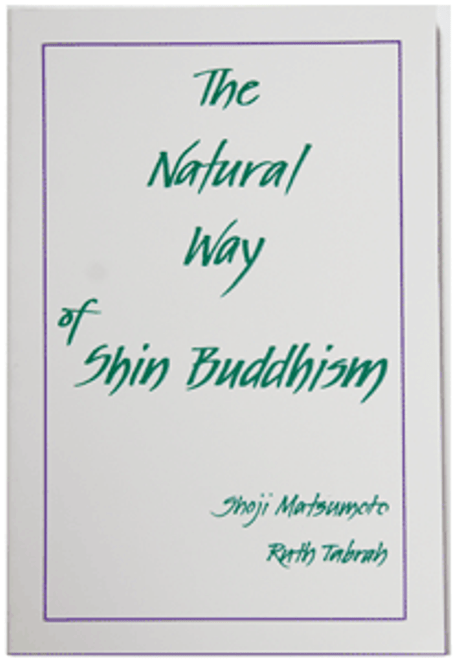 By Shoji Matsumoto and Ruth Tabrah.

This book takes the reader on a fascinating inner journey into the natural essence of human-being-ness, exploring: * How the historical buddha opened the 84,001 paths to enlightenment; * The teaching of Amida Buddha on which Pure Land Buddhism is based; * The way in which the thirteenth century Japanese monk Shinran opened a new horizon in Mahayana Buddhism. Here is a contemporary view of Shinran's creative insights and their potential for men and women seeking a meaningful, non-discriminating, scientifically compatible, non-dogmatic religious focus.

ABOUT THE AUTHORS: Shoji Matsumoto, who was born in Kobe, Japan, describes himself as a citizen of the world. Educated at Ryukoku University in Kyoto, he served at the Vancouver, Canada Shin Buddhist temple for several years while he continued graduate work in Buddhist studies at the University of British Columbia. Ruth Tabrah, well known Hawaii writer and long time Shin Buddhist began study and collaboration with Matsumoto soon after his transfer to Hawaii a decade ago. This is the third of their collaborative efforts. They offer to the general reader a western viewpoint through which one can begin to appreciate Shinran's profound teachings.