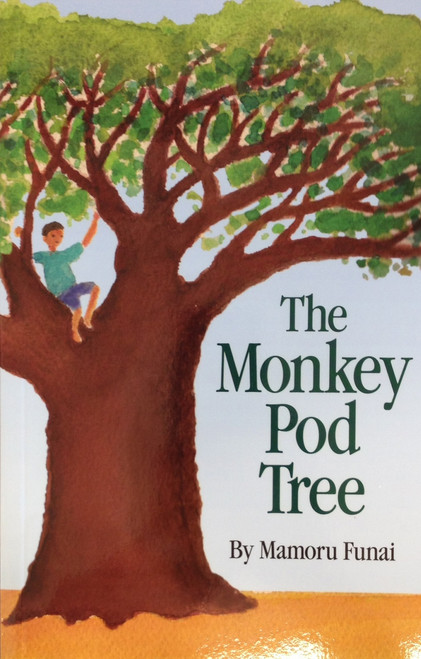 Sunday, December 7, 1941...As a native of Wahiawa, Kauai, Hawaii, Mamoru Funai remembers that date perfectly.  Pearl Harbor began the little known story of Japanese American families living in Hawaii and the effect that attack had on their lives.

That memory inspired The Monkey Pod Tree, a collection of short stories of a boy growing up in a small Hawaiian village before and during World War II.  Mr. Funai's personal experiences and enduring friendships authenticate his stories of boyhood innocence, personal challenges of war, and the heritage of the Japanese Americans.

As a youth, Mamoru attended Eleele Elementary School and Waimea High School.  He furthered his education at the Honolulu Academy of Arts, the Art Institute of Pittsburgh, the Cleveland Institute of Art and the William Patterson College of NJ, leading to a Bachelor of Arts degree and a Master of Arts degree.

For nearly twenty years, Mr. Funai worked as a professional illustrator for the American Greeting Corporation.  He also worked as a free-lance illustrator in New York and New Jersey.  Moke and Poki in the Rain Forest, which he wrote and illustrated, is included in Mr. Funai's illustration credentials.

Under the Rose Apple Tree

The Foundations of Buddhism

The Secret Language of the Heart