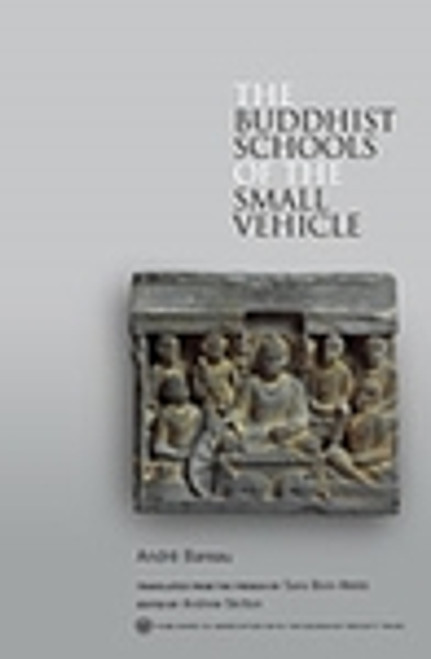 Andre Barbeau.
Translated from the French by Sara Boin-Webb.
Edited by Andrew Skilton.
André Bareau (1921–1993) was one of the foremost scholars of Buddhism of his generation. Dissatisfied with piecemeal and contradictory information on early Buddhist schools, he set out to construct a coherent and authoritative overview, which has remained the standard treatment in the field since its appearance in 1955. This book offers a close description and analysis of Bareau’s findings on the history, geographical whereabouts, and doctrinal positions of early schools of Buddhism. He systematically presents data from a diverse array of sources: texts in canonical Buddhist languages (P¿li, Sanskrit, Tibetan, and Chinese), inscriptions, and accounts of Chinese pilgrims to India. The result is an encyclopedic resource on thirty-four schools of Indian Buddhism and the approximately five hundred doctrinal theses by which they are differentiated. Bareau’s genius was to conceive a plan to draw on an exhaustive range of primary sources preserved in all the major Buddhist languages and to conduct a comprehensive synthetic analysis, thus creating an authoritative picture. He provides several appendices, including summary tables of all doctrinal points discussed.

Several additions have been made to this, the first English-language edition of the work to increase the effectiveness of the original volume: an index of names and places, a supplementary bibliography, and a short essay on Bareau’s career and work. Complex diagrams have been redrawn, and the lengthy subject index table in Appendix 1 has been separated into separate tables to make the material more useable.

The Buddhist Schools of the Small Vehicle will be used by students and scholars as a primary resource and starting point for any discussion on the history and doctrines of early Buddhism and Buddhist schools. This seminal work is translated by Sara Boin-Webb, who across a career of four decades translated into English some of the most important French-language works of Buddhist scholarship.

Published in association with the Buddhist Society Trust

The Dhammapada - A New Translation of the Buddhist Classic with Annotations

The Buddha's Call To Awaken

The Buddhist Path to Awakening

The Awakening of Faith

The Foundations of Buddhism