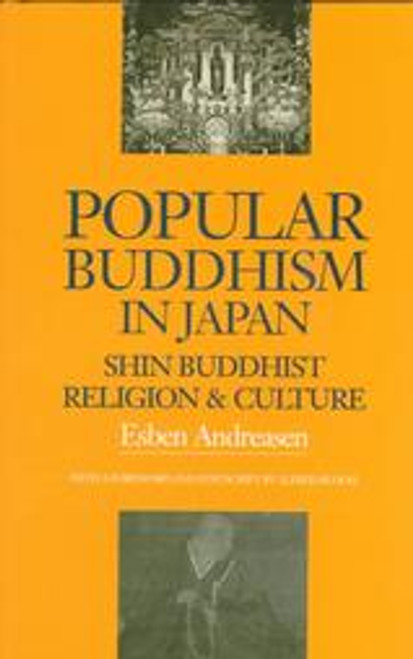 By: Esben Andreasen
Foreword and Postscript By: Alfred Bloom
The field of Pure Land Studies and Jodo Shin Buddhism, in particualr, has begun increasingly to attract interest among scholars of religion, theologians and ordinary people, because it combines a highly developed symbol system, a devotional focus and philosophic, reflective thought. Once considered by foreign observers as a debased, popular form of Buddhism because of its mass appeal, more recent and accurate research has shown that its exponents may be critical thinkers, as well as committed followers, and that its insights into the human condition should not be underestimated merely because of its reputation as one of the largest Buddhist denominations of Japan.

In the Present text, the author makes a significant contribution to our knowledge of the Shin Buddhist faith by bringing together a variety of resources which offer insight into such diverse dimensions of the tradition as documents from its early beginnings, examples of modern interpretation, and representative pieces on cultural, religious and organizational life.  His text will enable a deepr study of this significant strand of Japanese Buddhism.