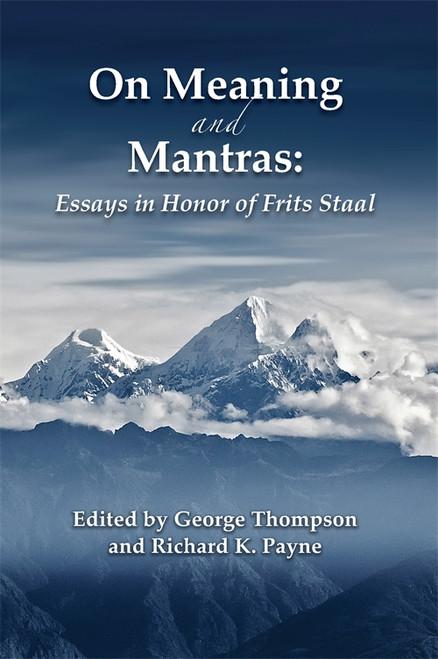 On Meaning and Mantras: Essays in Honor of Frits Staal

The late Johan Frederik (known as Frits) Staal (November 3, 1930-February 19, 2012), was born in Amsterdam and said of his home country, "There was no religion there." While his academic interests included philosophy, Staal's education focused on the study of mathematics, physics, astronomy, and logic. His approach to the study of Vedic religion and ritual was informed by this background, expressed in his assertion that he was not interested in the humanities but in the human sciences. Staal's studies led him to India, where he completed a dissertation, "Advaita and Neoplatonism: A Critical Study in Comparative Philosophy," at the University of Madras. In this period he also pursued research on South Indian Vedic recitation, which culminated in the publication of his first book, Nambudiri Veda Recitation. This laid the groundwork for his massive study of the agnicayana ritual conducted in Kerala in 1975, and the 1983 publication of his two-volume Agni: The Vedic Ritual of the Fire Altar. Staal's research and writings had a wide-ranging influence on many different academic fields, including Vedic studies, Sanskrit studies, linguistics, and ritual studies.

Shingon Refractions: Myoe and the Mantra of Light (Paperback)

The Scripture on the Explication of Underlying Meaning