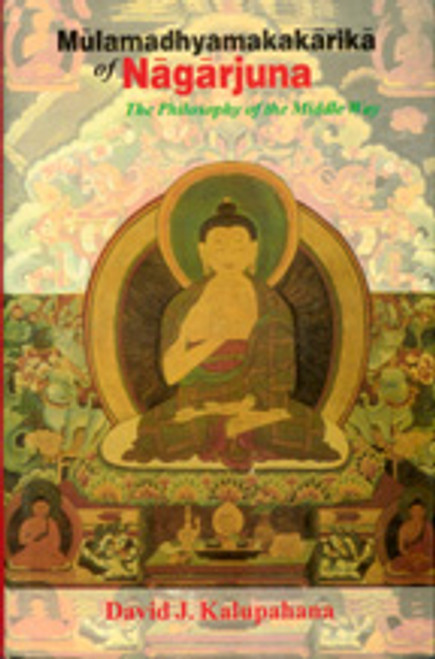 The Philosophy of the Middle Way
By David Kalupahana
A translation with a different slant of Nagarjuna's major work, the Mulamadhyamakakarika, from the Chinese and Sanskrit. The author, Sri Lankan scholar Kalupahana, claims Nagarjuna was not a Mahayanist and presents a completely new hypothesis about the nature of the treatise. Kalupahana argues that Nagarjuna's main work is actually a grand commentary on the Buddha's Discourse to Katyayana, the Kaccayanaqotta sutta. The concluding part of the introduction compares the teaching of the Buddha and Nagarjuna in regard to epistemology, ontology, ethics and philosophy of language indicating how the latter was making a determined attempt to reconstruct the Buddha's teachings in a very faithful manner, avoiding the substantialist metaphysics of the scholastics.