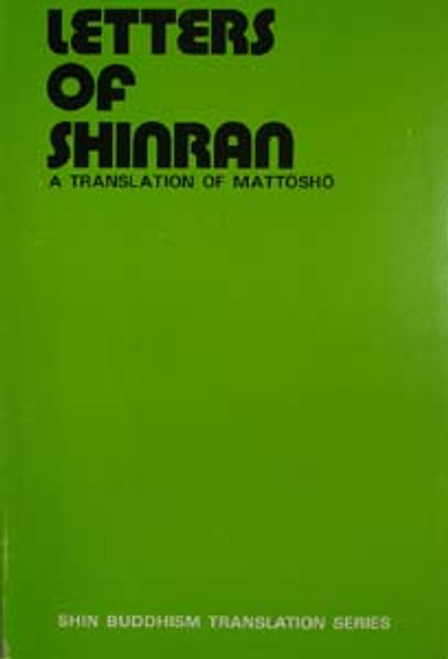 Letters of Shinran is a translation of Mattosho (Lamp for the Latter Ages), a collection of about half of Shinran's extant correspondance.  It was complied in 1333, 72 years after Shinran's death, by his descendant Jukaku, who wrote in postscript: "These letters are the key for attaining Buddhahood through the nembutsu."

These letters, written in Shinran's last years, reveal the culmination of his spiritual life and are widely regarded as monuments in the development of Mahayana Buddhism.  In them Shinran expresses his vision of how the ultimate reality of Buddhism, which is formless, works with great wisdom-compassion in the world of forms, manifesting itself as Amida's Primal Vow.

Through Other Power, which is the working of this Vow, each person is freed from his own calculation and self-attachment and brought to supreme enlightenment.  Moreover, once he has attained Buddhahood, he is carried back into this world to benefit others.  Thus, with great directness and clarity, Shinran sets forth the essential spirit of the bodhisattva path.

Letting Everything Become Your Teacher