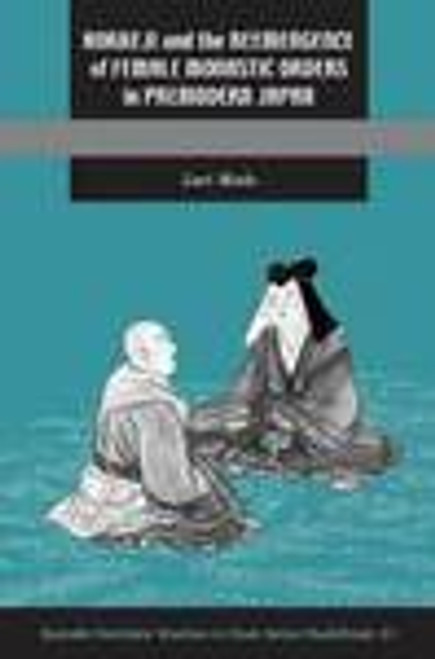 By: Lori Meeks
Hokkeji, an ancient Nara temple that once stood at the apex of a state convent network established by Queen-Consort Komyo (701–760), possesses a history that in some ways is bigger than itself. Its development is emblematic of larger patterns in the history of female monasticism in Japan. In Hokkeji and the Reemergence of Female Monastic Orders in Premodern Japan, Lori Meeks explores the revival of Japan’s most famous convent, an institution that had endured some four hundred years of decline following its establishment. With the help of the Ritsu (Vinaya)-revivalist priest Eison (1201–1290), privately professed women who had taken up residence at Hokkeji succeeded in reestablishing a nuns’ ordination lineage in Japan. Meeks considers a broad range of issues surrounding women’s engagement with Buddhism during a time when their status within the tradition was undergoing significant change. The thirteenth century brought women greater opportunities for ordination and institutional leadership, but it also saw the spread of increasingly androcentric Buddhist doctrine. Hokkeji explores these contradictions.

In addition to addressing the socio-cultural, economic, and ritual life of the convent, Hokkeji examines how women interpreted, used, and "talked past" canonical Buddhist doctrines, which posited women’s bodies as unfit for buddhahood and the salvation of women to be unattainable without the mediation of male priests. Texts associated with Hokkeji, Meeks argues, suggest that nuns there pursued a spiritual life untroubled by the so-called soteriological obstacles of womanhood. With little concern for the alleged karmic defilements of their gender, the female community at Hokkeji practiced Buddhism in ways resembling male priests: they performed regular liturgies, offered memorial and other priestly services to local lay believers, and promoted their temple as a center for devotional practice. What distinguished Hokkeji nuns from their male counterparts was that many of their daily practices focused on the veneration of a female deity, their founder Queen-Consort Komyo, whom they regarded as a manifestation of the bodhisattva Kannon.

Hokkeji rejects the commonly accepted notion that women simply internalized orthodox Buddhist discourses meant to discourage female practice and offers new perspectives on the religious lives of women in premodern Japan. Its attention to the relationship between doctrine and socio-cultural practice produces a fuller view of Buddhism as it was practiced on the ground, outside the rarefied world of Buddhist scholasticism.

In My Own Way: An Autobiography