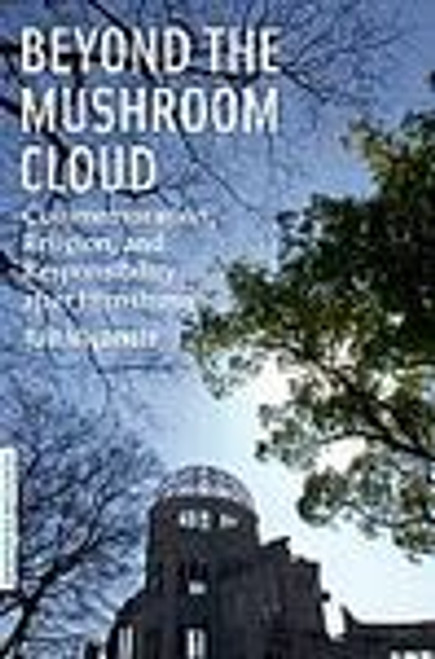 Commemoration, Religion, and Responsibility After Hiroshima.
By Yuki Miyamoto.
This monograph explores the ethics and religious sensibilities of a group of the hibakusha (survivors) of 1945's atomic bombings. Unfortunately, their ethic of "not retaliation, but reconciliation" has not been widely recognized, perhaps obscured by the mushroom cloud symbol of American weaponry, victory, and scientific achievement. However, it is worth examining the habakushas' philosophy, supported by their religious sensibilities, as it offers resources to reconcile contested issues of public memories in our contemporary world, especially in the post 9-11 era. Their determination not to let anyone further suffer from nuclear weaponry, coupled with critical self-reflection, does not encourage the imputation of responsibility for dropping the bombs; rather, hibakusha often consider themselves "sinners" (as with the Catholics in Nagasaki; or bonbu unenlightened persons in the context of True Pure Land Buddhism in Hiroshima). For example, Nagai Takashi in Nagasaki's Catholic community wrote, "How noble, how splendid was that holocaust of August 9, when flames soared up from the cathedral, dispelling the darkness of war and bringing the light of peace!" He even urges that we "give thanks that Nagasaki was chosen for the sacrifice." Meanwhile, Koji Shigenobu, a True Pure Land priest, says that the atomic bombing was the result of errors on the part of the Hiroshima citizens, the Japanese people, and the whole of human kind. Based on the idea of acknowledging one's own fault, or more broadly one's sinful nature, the hibakusha's ethic provides a step toward reconciliation, and challenges the foundation of ethics by obscuring the dichotomyies of right and the wrong, forgiver and forgiven, victim and victimizer.