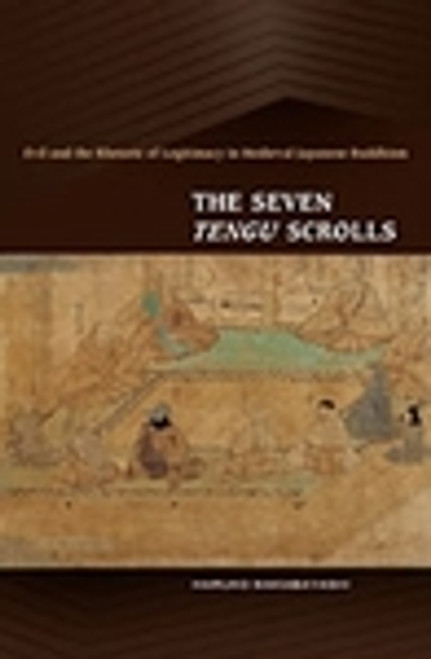 Evil and the Rhetoric of Legitimacy in Medieval Japanese Buddhism
By Haruko Wakabayashi
This is a study of visual and textual images of the mythical creature tengu from the late Heian (897–1185) to the late Kamakura (1185–1333) periods. Popularly depicted as half-bird, half-human creatures with beaks or long noses, wings, and human bodies, tengu today are commonly seen as guardian spirits associated with the mountain ascetics known as yamabushi. In the medieval period, however, the character of tengu most often had a darker, more malevolent aspect. Haruko Wakabashi focuses in this study particularly on tengu as manifestations of the Buddhist concept of M¿ra (or ma), the personification of evil in the form of the passions and desires that are obstacles to enlightenment. Her larger aim is to investigate the use of evil in the rhetoric of Buddhist institutions of medieval Japan. Through a close examination of tengu that appear in various forms and contexts, Wakabayashi considers the functions of a discourse on evil as defined by the Buddhist clergy to justify their position and marginalize others.

Early chapters discuss Buddhist appropriations of tengu during the late twelfth and thirteenth centuries in relation to the concept of ma. Multiple interpretations of ma developed in response to changes in society and challenges to the Buddhist community, which recruited tengu in its efforts to legitimize its institutions. The highlight of the work discusses in detail the thirteenth-century narrative scroll Tengu z¿shi (also known as the Shichi Tengu-e, or the Seven Tengu Scrolls), in which monks from prominent temples in Nara and Kyoto and leaders of “new” Buddhist sects (Pure Land and Zen) are depicted as tengu. Through a close analysis of the Tengu z¿shi’s pictures and text, the author reveals one aspect of the critique against Kamakura Buddhism and how tengu images were used to express this in the late thirteenth century. She concludes with a reexamination of the meaning of tengu and a discussion of how ma was essentially socially constructed not only to explain the problems that plague this world, but also to justify the existence of an institution that depended on the presence of evil for its survival.

Drawing on a wide range of primary sources, Wakabayashi provides a thoughtful and innovative analysis of history and religion through art. The Seven Tengu Scrolls will therefore appeal to those with an interest in Japanese art, history, and religion, as well as in interdisciplinary approaches to socio-cultural history.