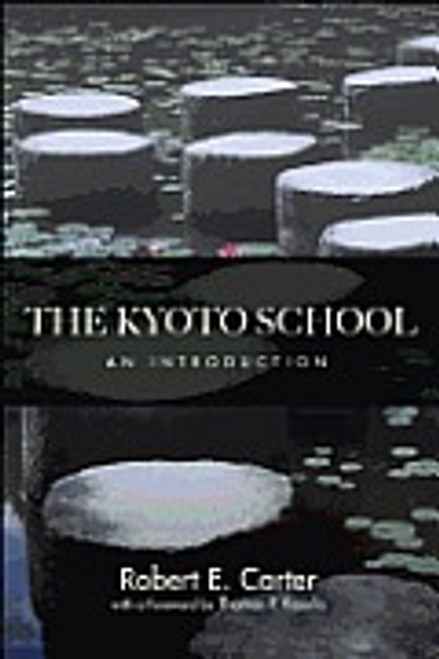 An Introduction by Robert E. Carter. With a foreword by Thomas P. Kasulis.

This book provides a much-needed introduction to the Kyoto School of Japanese philosophy.  Robert E. Carter focuses on four influential Japanese philosophers: the three most important members of the Kyoto School (Nishida Kitaro, Tanabe Hajime, and Nishitani Keiji), and a fourth (Watsuji Tetsuro), who was, at most, an associate member of the school.  Each of these thinkers wrestled systematically with the Eastern idea of "nothingness," albeit from very different perspectives.

Many Western scholars, students, and serious general readers are intrigued by this school of thought, which reflects Japan's engagement with the West.  A number of works by various thinkers associated with the Kyoto School are now available in English, but these works are often difficult to grasp for those not already well-versed in the philosophical and hostorical context.  Carter's book provides an accessible yet substantial introduction to the school and offers an East-West dialogue that enriches our understanding of Japanese thought while also shedding light on our own assumptions, habits of thought, and prejudices.

The Essentials of the Vinaya Tradition; The Collected Teachings of the Tendai Lotus School

The Fragrance of Light

Without Buddha I Could Not Be Christian

The Trauma of Everyday Life