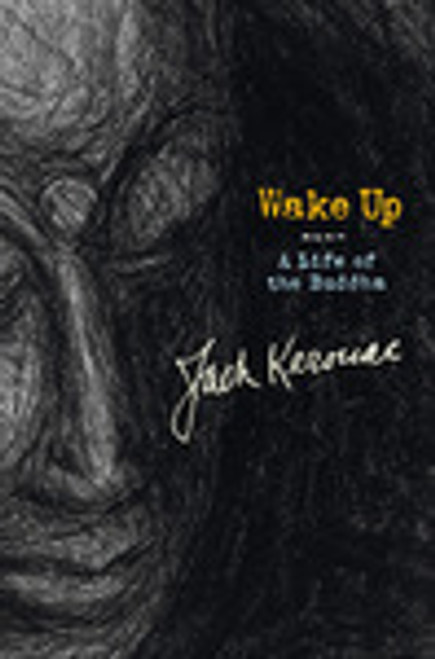 By: Jack Kerouac
Though raised Catholic, in the early 1950s Jack Kerouac became fascinated with Buddhism, an interest that would have a profound impact on his ideas of spirituality and their expression in his writing from Mexico City Blues to The Dharma Bums. Published for the first time in book form, Wake Up is Kerouac’s retelling of the story of Prince Siddhartha Gautama, who as a young man abandoned his wealthy family and comfortable home for a lifelong search for Enlightenment. As a compendium of the teachings of the Buddha, Wake Up is a profound meditation on the nature of life, desire, wisdom, and suffering. Distilled from a wide variety of canonical scriptures, Wake Up serves as both a concise primer on the concepts of Buddhism and as an insightful and deeply personal document of Kerouac’s evolving beliefs. It is the work of a devoted spiritual follower of the Buddha who also happened to be one of the twentieth century’s most influential novelists. Wake Up: A Life of the Buddha will be essential reading for the legions of Jack Kerouac fans and for anyone who is curious about the spiritual principles of one of the world’s great religions.

What Would Buddha Do?: 101 Answers to Life's Daily Dilemmas

Under the Rose Apple Tree

Wherever You Go There You Are (10th Anniversary Edition)

Who Ordered This Truckload of Dung?