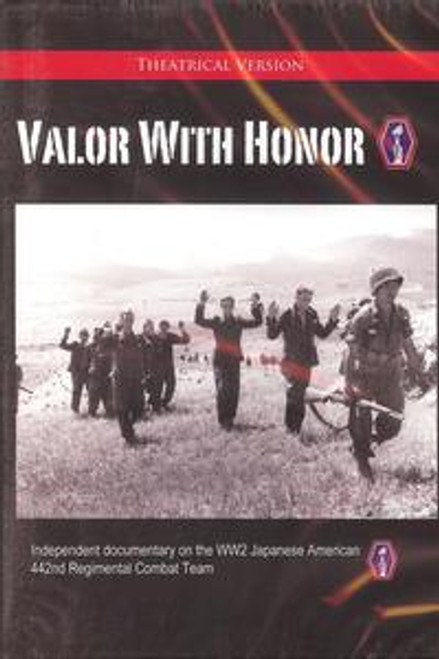 Burt Takeuchi's latest film production.
"Valor with Honor" is an independent documentary film based on over 35 interviews of Japanese American veterans who served in the 442nd Regimental Combat Team during WW2. This small segregated unit of 3500 men is the most decorated American unit for its size and length of service (3 years). By the end of WWII, the 442nd would be awarded with seven Presidential Unit Citations, 21 Medals of Honor (upgraded from DSC), over 500 Silver Stars, and over 9000 Purple Hearts. The 85 minute feature film describes the harrowing stories of 442nd's battles in Italy, the Lost Battalion Rescue in France, the assault up Mount Folgorito, and witness to the holocaust at Dachau, Germany at the close of WW2. The film concludes with the vets bittersweet return home to America. The entire film is woven through stories told by the veterans themselves. Valor with Honor has been in production for over three years. Currently, the film is screening at special events across the US. The dvd will be released in the Spring of 2011. Link to the Facebook film group "Valor with Honor" for online updates and news about this documentary film. DVD is 90 minutes, 2011.

What Would Buddha Do?: 101 Answers to Life's Daily Dilemmas