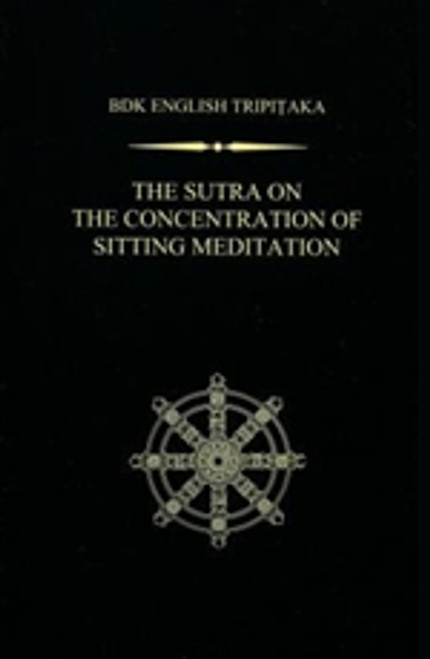 The Sutra on the Concentration of Sitting Meditation is a meditation manual compiled in China in the 4th century C.E. by Kumarajiva, the noted translator of many important Mahayana sutras and philosophical texts. Based on his profound knowledge of both Traditional and Mahayana Buddhism, Kumarajiva introduced Mahayana thought systematically and significantly advanced the Chinese understanding of Buddhism. This clear and well-organized manual describes both Traditional and Mahayanist meditation methods, based on the classification of practitioners into five different types. According to practitioners’ inclinations to lust, anger, ignorance, discursive thoughts, or a combination of these, an appropriate remedial practice is prescribed for each type. Though the specific methods vary for Traditional or Mahayana followers, the general framework of practice is largely the same, suggesting that to Kumarajiva, Mahayanist meditation was not separate from Traditional forms of meditation. For the Chinese, the Sutra on the Concentration of Sitting Meditation provided much-needed clear guidance for meditation practice and this text exerted significant influence on the subsequent development of Buddhist meditation in China, especially on the Tiantai tradition.

Trust, Realization, and the Self in Soto Zen Practice