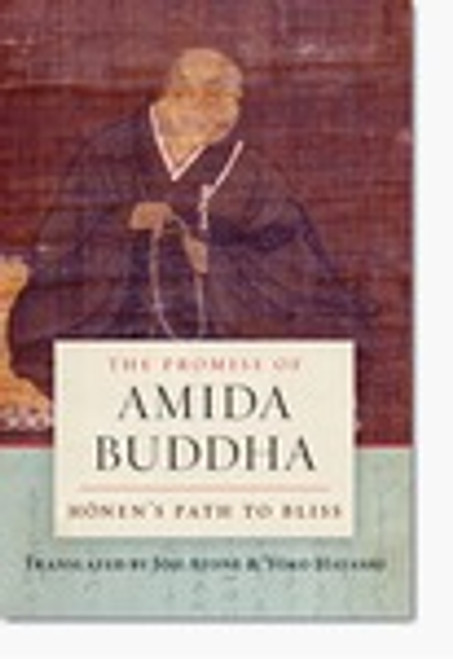 Honen's Path to Bliss
Translated by Joji Atone & Yoko Hayashi
The Promise of Amida Buddha is the first complete English translation of a seminal collection of writings by the Japanese Pure Land school’s founder, Honen-shonin (1133-1212). The so-called Japanese Anthology (Wago Toroku)collects his surviving short writings composed in Japanese, including letters of exhortation and public pronouncements. The vital writings provide a window into Honen’s life and the turbulent era in which he lived and taught.

Honen-shonin, who lived in Japan in the twelfth century, saw that the complexity of traditional Buddhist practices made them inaccessible to people outside the monastic elite. Drawing on the Chinese Pure Land tradition, he re-imagined Pure Land practice for Japan and ushered in a new and dynamic practice that continues in the present day. In our degenerate age, says Honen, we cannot hope to reach enlightenment via the practices employed by the Buddhist masters of old. For us there is only one avenue to liberation—rebirth in the Pure Land of Amida, from whence our progress is irreversible and our ultimate release assured. The Pure Land is a heavenly destination made manifest through the pure vow of Amida to save all beings, and we secure passage to this land in our next life through pure faith in Amida at the very moment of death. The practice of faith in Amida is performed through nembutsu, the continual recitation of the mantra Namu Amida Butsu, which bonds us to Amida and brings us into his care.