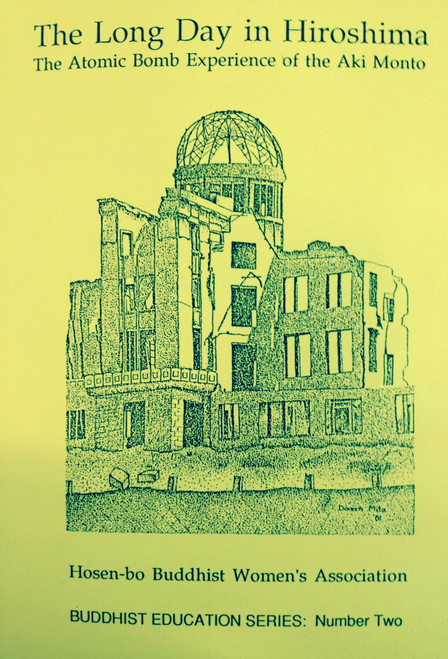 The Atomic Bomb Experience of the Aki Monto.  By Hosen-bo Buddhist Women's Association.

This 16 page booklet is a collection of the experiences of the Hiroshima Atomic Bomb survivors, who are Jodo Shinshu Buddhists of the Nishi Hongwanji tradition. They are recollections of the horrors and ravages of the nuclear holocaust and the indomitable spirit of its survivors to aspire for World Peace for all mankind amidst the ashes of wartime destruction.

2015 marks the 70th anniversary of the atomic bombings of Hiroshima and Nagasaki.  On August 6, 1945, an atomic bomb was dropped on Hiroshima by US air forces.  This was the first time a nuclear weapon had ever been used.  It killed 180,000 people and destroyed 13 square kilometers of the city.  Three days later, a second bomb was dropped on the city of Nagasaki, killing between 50,000 and 100,000 people.

May this booklet convey Shinran Shonin's deep aspiration for mankind, "May peace prevail within this world..."

A Comprehensive Commentary on the Heart Sutra

A Manual for Writers 8th Edition