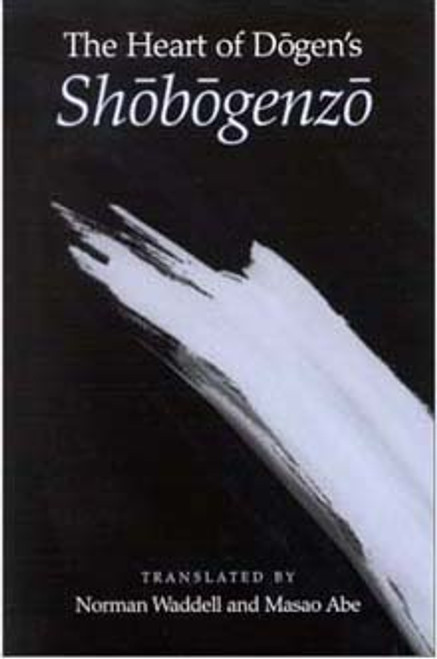 Two of Dogen's most esteemed translators provide key chapters from his Zen masterpiece, the Shobogenzo, in English with annotations to guide the reader. The Heart of Dogen's Shobogenzo provides exhaustively annotated translations of the difficult core essays of Shobogenzo, the masterwork of Japanese Zen master Dogen Kigen, the founder of Soto Zen. This book is centered around those essays that generations have regarded as containing the essence of Dogen's teaching. These translations, revised from those that first appeared in the 1970s, clarify and enrich the understanding of Dogen's religious thought and his basic ideas about Zen practice and doctrine. Dogen's uncommon intellectual gifts, combined with a profound religious attainment and an extraordinary ability to articulate it, make Shoµboµgenzoµ unique even in the vast literature the Zen school has produced over the centuries, securing it a special place in the history of world religious literature. "These translations, originally published in The Eastern Buddhist journal more than twenty years ago, are the most accurate and complete renderings available. Many people have been eagerly waiting for years for these pieces to appear in a single, handy book." - Steven Heine, editor of A Study of Dogen: His Philosophy and Religion Norman Waddell is Professor in the Department of International Studies at Otani University in Kyoto, Japan. Masao Abe is Professor Emeritus at Nara University of Japan, and has taught Buddhism and Japanese philosophy at Columbia University, University of Chicago, Princeton University, Claremont Graduate School, University of Hawaii, and Haverford College, among others. He is the author of A Study of Dogen: His Philosophy and Religion

The Great Sound of Enlightenment

The Heart of the Revolution

The Inner Reaches of Outer Space

The Great Tang Dynasty Record of the Western Regions