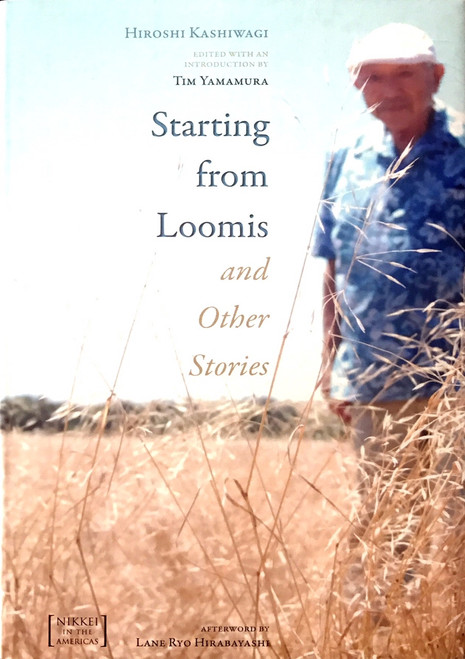 Edited with and Introduction by Tim Yamamura

A memoir in short stories, Starting from Loomis chronicles the life of accomplished writer, playwright, poet, and actor Hiroshi Kashiwagi. In this dynamic portrait of an aging writer trying to remember himself as a younger man, Kashiwagi recalls and reflects upon the moments, people, forces, mysteries, and choices—the things in his life that he cannot forget—that have made him who he is.

Central to this collection are Kashiwagi’s confinement at Tule Lake during World War II, his choice to answer “no” and “no” to questions 27 and 28 on the official government loyalty questionnaire, and the resulting lifelong stigma of being labeled a “No-No Boy” after his years of incarceration. His nonlinear, multifaceted writing not only reflects the fragmentations of memory induced by traumas of racism, forced removal, and imprisonment but also can be read as a bold personal response to the impossible conditions he and other Nisei faced throughout their lifetimes.