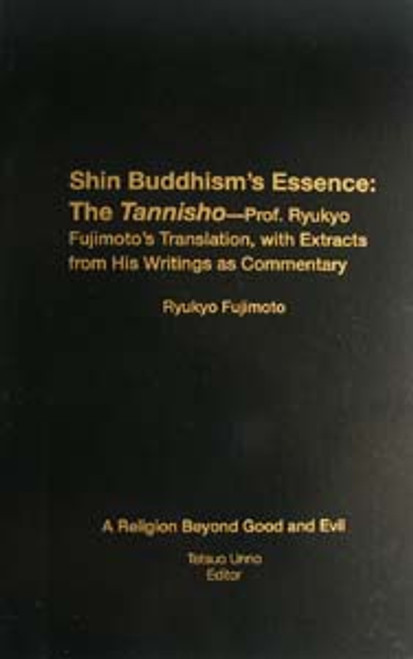 Professor Ryukyo Fujimoto's Translation, with Extracts from His Writings as Commentary.
A Religion Beyond Good and Evil - edited by Tetsuo Unno.

Ryukyo Fujimoto (1895-1977), the late Emeritus Professor of English Literature at the Ryukoku University (Kyoto), was, at the same time, a Buddhist Priest, a translator and author of Shin Buddhist texts, and a major contributor toward the introduction of Shin Buddhism to the West.  In connection with the latter effort, his studies extended beyond Buddhism and into Western theology, philosophy, and thought, such as that of C.G. Jung.  For his former students, however, he was and remains the quintessential teacher, who taught not only with the intellect but with his very being and life itself.