River of Fire, River Of Water - An Introduction to the Pure Land Tradition of Shin Buddhism 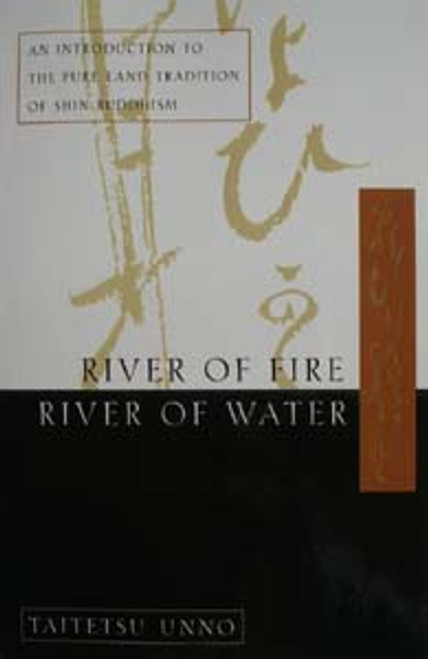 River of Fire, River Of Water - An Introduction to the Pure Land Tradition of Shin Buddhism

With spiritual insight and unparalleled scholarship, Dr. Taitetsu Unno -- one of the foremost authorities on Shin, or Pure Land, Buddhism -- introduces us to the most popular form of Buddhism in Japan.  The introduction of this unique form of spiritual practice is certain to enrich the growing practice of Buddhism in the United States, which is already well familiar with Zen and Tibetan traditions.  River of Fire, River of Water is the first introduction to its practice from a trade publisher and is written for readers with or without prior knowledge of Buddhism.

The Japanese Pure Land tradition dates back to the sixth century, when Buddhism was first introduced in Japan.  Unlike Zen, its counterpart, which flourished in remote monasteries, Pure Land was the form of Buddhism practiced by the common people.  Consequently, its practice is harmonious with the workings of daily life, making it easily adaptable for seekers today.  Despite differences in method, however, the goal of Pure Land is the same as that of other schools -- the awakening of the true self.

A valuable work for any collection, River of Fire, River of Water is an important step forward for American Buddhism.