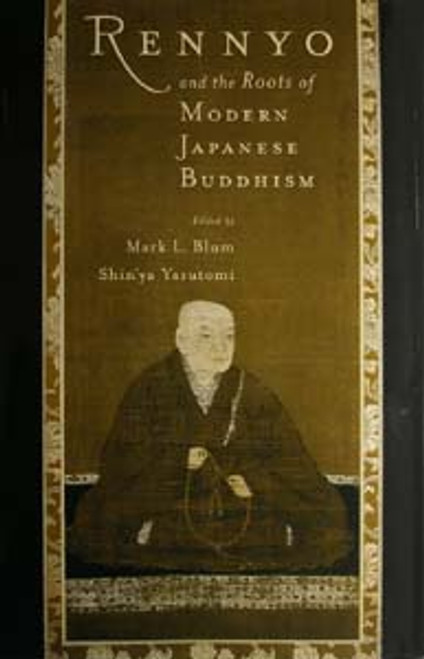 Edited by Mark L. Blum and Shin'ya Yasutomi.
Rennyo Shonin (1415-1499) is considered the "second founder" of Shin Buddhism. Under his leadership, the Honganji branch grew in size and power, becoming a national organization with great wealth and influence. Rennyo's success lay in conveying an attractive spiritual message while exerting effective administrative control. A savvy politician as well as religious leader, Rennyo played a significant role in political, economic, and institutional developments. Though he is undeniably one of the most influential persons in the history of Japanese religion, his legacy remains enigmatic and largely overlooked by the West. This volume offers an assessment of Rennyo's contribution to Buddhist thought and the Honganji religious organization. A collection of 16 previously unpublished essays by both Japanese and non-Japanese scholars in the areas of historical studies, Shinshu studies, and comparative religion, it is the first book to confront many of the major questions surrounding the phenomenal growth of Honganji under Rennyo's leadership. The authors examine such topics as the source of Rennyo's charisma, the soteriological implications of his thought against the background of other movements in Pure Land Buddhism, and the relationship between his ideas and the growth of his church. This collection is an important first step in bringing this important figure to an audience outside Japan. It will be of significant interest to scholars in the fields of Japanese religion, Japanese social history, comparative religion, and the sociology of religion.

This book offers the reader the various studies by esteemed scholars on the subject of Rennyo Shonin.  While usually idealized historically, the various authors give the reader a little more of an understanding in Rennyo's pragmatic methods of his leadership.  A must read.