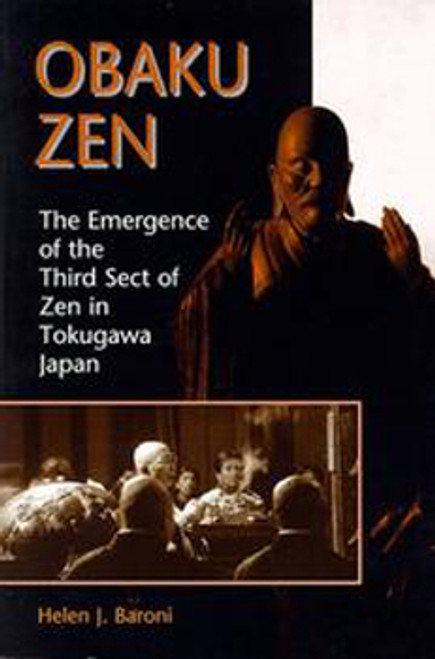 The Emergence of the Third Sect of Zen in Tokugawa Japan
by Helen J. Baroni
This is the first detailed English-language study of the Obaku branch of Japanese Zen. Beginning with the founding of the sect in Japan by Chinese monks in the seventeenth century, the volume describes the conflicts and maneuverings within the Buddhist and secular communities that led to the emergence of Obaku as a distinctive institution during the early Tokugawa period.

Throughout the author explores a wide range of texts and includes excerpts from important primary documents such as the Zenrin shuheishu and the Obaku geki, translated here for the first time. She provides an impressive portrait of the founding Chinese leadership and the first generation of Japanese converts, whose work enabled the fledgling sect to grow and take its place beside existing branches of the closely related Rinzai Zen sect.

Obaku's distinctive Chinese practices and characteristics set it apart from its Japanese counterparts. In an innovative investigation of these differences, the author uses techniques derived from the contemporary study of new religious movements in the West to explain both Obaku's successes and failures in its relations with other Japanese Buddhist sects.

She illuminates the role of government support in the initial establishment of the main monastery, Mampuku-ji, and the ongoing involvement of the bakufu and the imperial family in Obaku's early development. Hers is a thorough and well-governed analysis that brings to the fore a religious movement that has been much neglected in Japanese and Western scholarship despite its tremendous influence on modern Japanese Buddhism as a whole.
×

No Death, No Fear

One Breath at a Time

No Self, No Problem

Notes on the Inscriptions on Sacred Scrolls