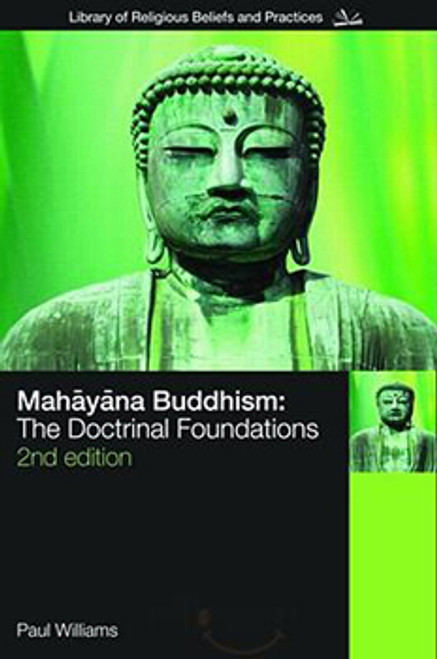 By: Paul Williams.
Originating in India, Mahayana Buddhism spread across Asia, becoming the prevalent form of Buddhism in Tibet and East Asia. Over the last twenty-five years Western interest in Mahayana has increased considerably, reflected both in the quantity of scholarly material produced and in the attraction of Westerners towards Tibetan Buddhism and Zen.

Paul Williams ' Mahayana Buddhism is widely regarded as the standard introduction to the field, used internationally for teaching and research and has been translated into several European and Asian languages.

This new edition has been fully revised throughout in the light of the wealth of new studies and focuses on the religion's diversity and richness. It includes much more material on China and Japan, with appropriate reference to Nepal, and for students who wish to carry their study further there is a much-expanded bibliography and extensive footnotes and cross-referencing.

Everyone studying this important tradition will find Williams' book the ideal companion to their studies. Paul Williams is Professor of Indian and Tibetan Philosophy and Co-director of the Centre for Buddhist Studies at the University of Bristol.

The author of six books and an editor of a further eight, he is a former President of the UK Association for Buddhist Studies. Among his other books for Routledge is Buddhist Thought: A Complete Introduction to the Indian Tradition (2000).