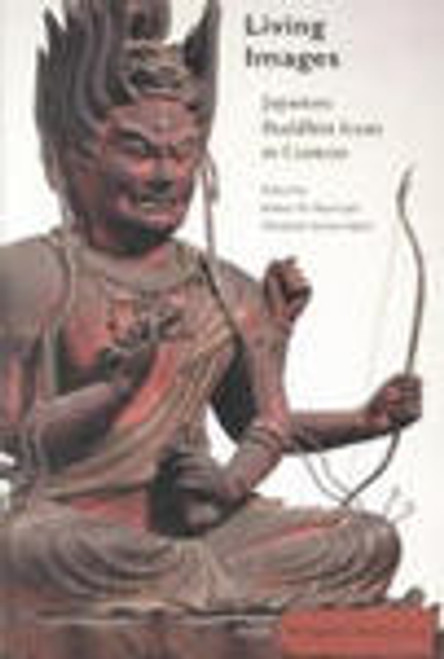 Japanese Buddhist Icons in Context
Edited by Robert H. Sharf and Elizabeth Horton Sharf
Buddhist images are ubiquitous in Japan, yet they are rarely accorded much attention in studies of Buddhist monastic traditions. Scholars of religion tend to regard Buddhist images as mere symbols or representations of religious ideals, commemorations of saints and patriarchs, ancillary aids to meditative practice, or the focus of lay piety. Art historians approach these images as works of art suitable for stylistic and iconographic analysis. Yet neither of these groups of scholars has adequately appreciated the centrality and significance of images and image worship in Japanese monastic practice.

The essays in this volume focus on the historical, institutional, and ritual context of a number of Japanese Buddhist paintings, sculptures, calligraphies, and relics&#8212;some celebrated, others long overlooked. Robert H. Sharfs introduction examines the reasons for the marginalization of images by modern Buddhist apologists and Western scholars alike, tackling the thorny question of whether Buddhists were in fact idolators.

The essays by Paul Groner and Karen Brock document and explicate the crucial role that sacred images played in the lives of two eminent medieval clerics, Eison and Myoe. James Dobbins looks at Shin representations of Shinran, founder of the Shin school of Pure Land Buddhism, and finds that early Shin piety was centered as much on Shinran and his images as on the Buddha Amida himself. Robert H. Sharfs essay on the use of Tantric mandalas reveals that, contrary to received opinion, such mandalas were not used as aids to ritual visualization but rather as vivified entities whose presence ensured the efficacy of the rite.

In each case, the authors find that the images were treated, by elite monks and unlettered laypersons alike, as living presences with considerable apotropaic and salvific power, and that Japanese Buddhist monastic life was centered around the management and veneration of these numinous beings.

Listening to the Other

Losing the Clouds, Gaining the Sky