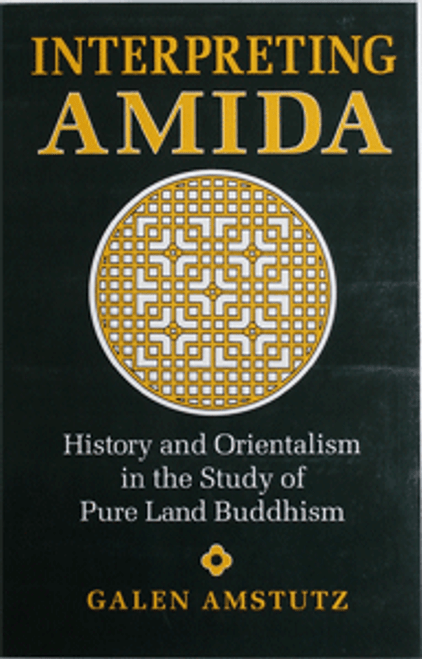 Examines the history of Japanese Pure Land Buddhism and how orientalist assumptions have caused the West to ignore this important tradition.

"Amstutz clearly demonstrates how the sources of Western and Eastern misunderstanding of Pure Land Buddhism have been engendered, both consciously and unconsciously, by orientalist assumptions current in scholarly understanding of the history and practice of Pure Land Buddhism. Before academic studies in Pure Land Buddhism can advance much further, all of us in the field must confront the issues of orientalist assumptions and biases lurking in our scholarship. The author has pointed these out within their historical contexts in a powerful way, and perhaps this is the most important contribution this book has to offer. I know that after reading Amstutz's critique, I will be more careful and alert in my own work in Pure Land Buddhism in particular and Buddhist studies in general". — Paul O. Ingram, Pacific Lutheran University

Pure Land Buddhism was the largest traditional religion in Japan. It had an enormous impact on Japanese culture and was among the first forms of Buddhism encountered by Western culture. Not only has it been neglected in modern descriptions of Japan, but it also has been relatively ignored by Buddhist studies. The author shows that Pure Land Buddhism, despite a Mahayana Buddhist philosophical basis, has paralleled the social and political qualities associated with the Judeo-Christian tradition. It has variously been threatening to mainstream Westerners, uninteresting to Westerners seeking the exotic, and disagreeable to cultural brokers on all sides who want to depict Japanese culture as radically opposed to the West. The faulty appreciation of Pure Land Buddhism is one of the leading world examples of a counterproductive orientalism that restricts rather than improves cross-cultural communication.