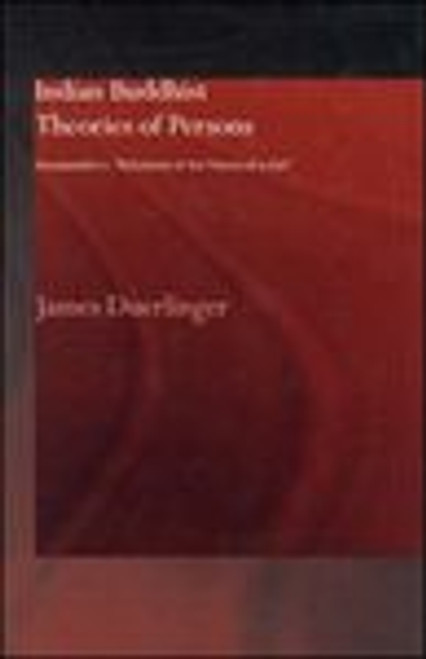 Vasubandhu's "Refutation of the Theory of a Self"
By James Duerlinger

In this book, Vasubandhu's classic work Refutation of the Theory of a Self is translated and provided with an introduction and commentary. The translation, the first into a modern Western language from the Sanskrit text, is intended for use by those who wish to begin a careful philosophical study of Indian Buddhist theories of persons. Special features of the introduction and commentary are their extensive explanations of the arguments for the theories of persons of Vasubandhu and the Pudgalavâdines, the Buddhist philosophers whose theory is the central target of Vasubandhu's refutation of the theory of a self.

The Buddhist Path to Awakening