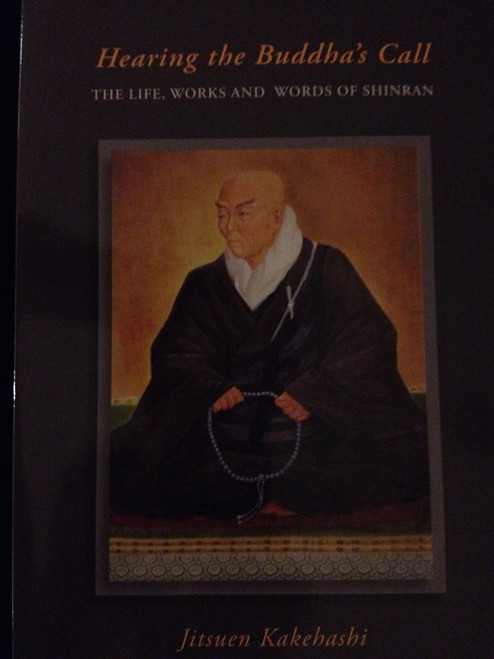 The Life, Works and Words of Shinran Shonin.
By Jitsuen Kakehashi.  Translated and edited by Toshikazu Arai.

This book introduces to the English speaking world the life and spiritual messages of Shinran Shonin (1173-1263).
Shinran is best remembered for having brought Buddhist salvation to the people in every walk of life.  Rejecting traditional
Buddhist practices, he emphasized the importance of awakening to the compassionate working of Amida Buddhia by
hearing and saying the Buddha's Name.

Part One: The Life of Shinran

Part Two: Major Works of Shinran (also including Letters of Eshinni and Tannisho)

1. Words of Shinran Quoted in the Tannisho

2. Words of Shinran in the Three Major Collection of Hymns (Sanjo Wasan)

3. Words of Shinran in His Works in Classical Japanese (Wago Shogyo)

Postscript to the Original Japanese Version by Rev. Jitsuen Kakehashi