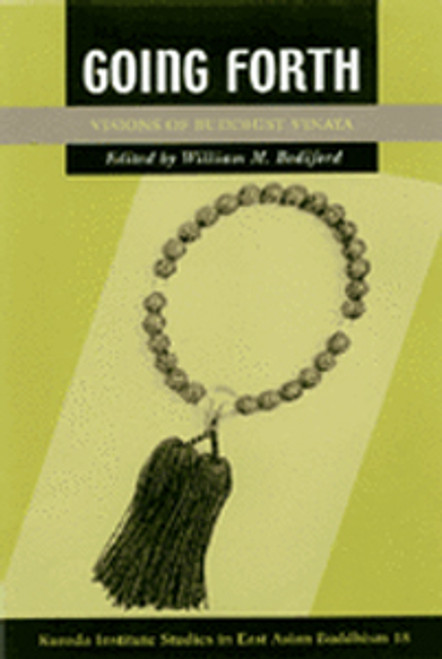 By William Bodiford
In its role as a scriptural charter, vinaya has justified widely dissimilar approaches to religious life as Buddhist orders in different times and places have interpreted it in contradictory ways. In the resulting tension between scripture and practice, certain kinds of ceremonial issues (such as those involving lineage, seniority, initiation, purification, repentance, visualization, vows, ordination) acquire profound social, psychological, doctrinal, and soteriological significance in Buddhism. Going Forth focuses on these issues over a wide sweep of history¿from early fifth-century China to modern Japan¿to provide readers with a rich overview of the intersection of doctrinal, ritual, and institutional concerns in the development of East Asian Buddhist practices.

Despite the crucial importance of vinaya, especially for understanding Buddhism in East Asia, very little scholarship in Western languages exists on this fascinating topic. The essays presented here, written by senior scholars in the field, go beyond the timeworn method of relying on prescriptive accounts in the scriptures to describe what imaginary Buddhists must have done (or do). Rather, they address how actual people responded to local social and cultural imperatives by reading scripture in innovative ways to give new life to tradition. They place real people, practices, and institutions at the center of each account, revealing both diversity and unity, continuity and transformation, in Buddhist customs. The result is a well-integrated, accessible work¿relevant for Buddhist studies, but with wider implications for anyone interested in East Asian cultural heritage.
328 pp. January 2005
×

The Awakening of Faith