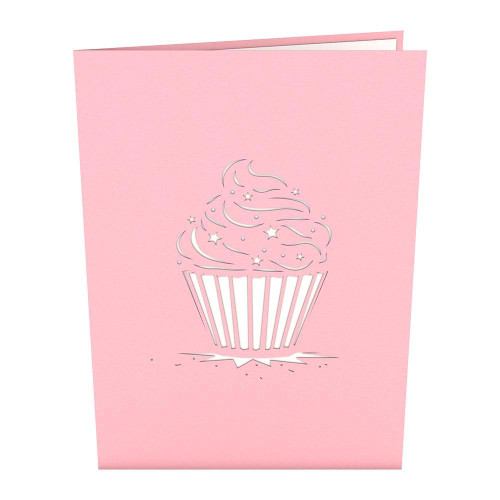 Beautiful, unique greeting cards by Lovepop.  For when the moment deserves something special.  This card features a cut-out frosted cupcake on the cover and a 3D display of a pink frosted white cupcake.  Cut-out images of confetti line the interior border.

Calligraphy - I wish you fulfillment

Calligraphy - I always knew you were a star

Calligraphy - I hold you in my heart

Calligraphy - Just thinking of you makes me smile