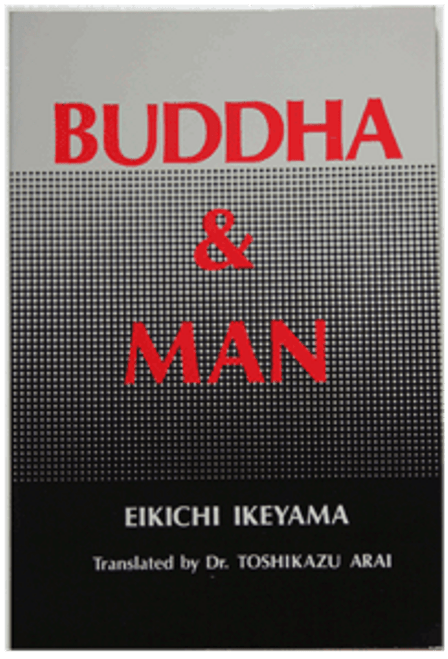 BUDDHA & MAN is the first published English translation of the writings of Eikichi Ikeyama. A Meiji-era professor of German, Ikeyama lived for several years in Europe where his cosmopolitan east-west approach to Shinran's teachings flowered. His German translation of the Shin Buddhist classic "Tannisho" was so powerful that contemporaries translated it -- from the German, back into Japanese -- to achieve a clear modern version of that eight hundred year old Shin text. In BUDDHA AND MAN Ikeyama's profound insight into the existential depth of Shinran's teachings has been skillfully translated by Dr. Toshikazu Arai. The translated portion of Ikeyama's "Hotoke to Hito" bears the subtitle "Milestone." It was regarded by Ikeyama as the core and essence of the other two-thirds of the work. Through it, readers will be jolted into a fresh look at Shinran as Ikeyama saw him. The continuing extent of Professor Ikeyama's influence on nembutsu followers is such that even today, more than a half century after his death in 1938, large numbers gather each October for annual memorial services at Kyoto's thousand year old Jo-ju-ji temple. Other works translated by Toshikazu Arai include Shigaraki's "Introduction to Shin Buddhism" and Sakakibara's "Bodhisattvas Everywhere." Buddhist literature is vastly enriched by his extremely readable translation of BUDDHA AND MAN.

The Awareness of Self