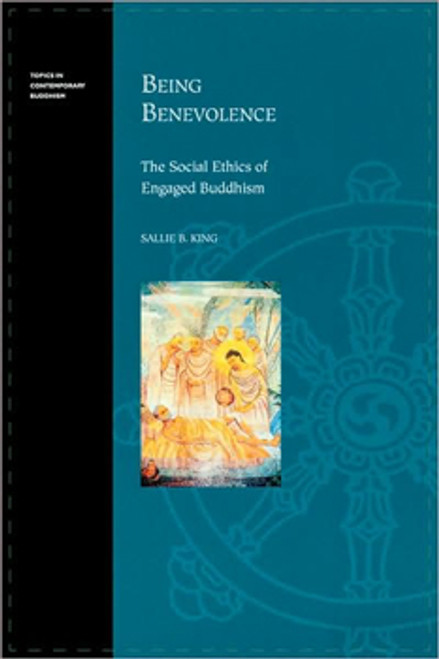 The Social Ethics of Engaged Buddhism
Topics in Contemporary Buddhism
by Sallie B. King
Engaged Buddhism is the contemporary movement of nonviolent social and political activism found throughout the Buddhist world. Its ethical theory sees the world in terms of cause and effect, a view that discourages its practitioners from becoming adversaries, blaming or condemning the other. Its leaders make some of the most important contributions in the Buddhist world to thinking about issues in political theory, human rights, nonviolence, and social justice.
Being Benevolence provides for the first time a rich overview of the main ideas and arguments of prominent Engaged Buddhist thinkers and activists on a variety of questions: What kind of political system should modern Asian states have? What are the pros and cons of Western ¿liberalism¿? Can Buddhism support the idea of human rights? Can there ever be a nonviolent nation-state?
It identifies the roots of Engaged Buddhist social ethics in such traditional Buddhist concepts and practices as interdependence, compassion, and meditation, and shows how these are applied to particular social and political issues. It illuminates the movement¿s metaphysical views on the individual and society and goes on to examine how Engaged Buddhists respond to fundamental questions in political theory concerning the proper balance between the individual and society. The second half of the volume focuses on applied social-political issues: human rights, nonviolence, and social justice.
Sallie B. King is professor of philosophy and religion at James Madison University.
×

Breaking The Drought - Visions of Grace